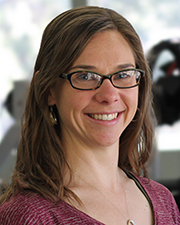 Member of Mammoth Hospital Team Since 2015

Andrea “Dre” Dillon graduated from Michigan State University with B.S. in Kinesiology in 2005. She attended Oakland University in Michigan to earn her Doctor of Physical Therapy degree in 2009. Dre was employed in Telluride, CO in an outpatient orthopedic setting treating adult patients for sports/orthopedic injuries as well as pediatric patients. She also worked in a skilled nursing facility in Gardnerville, NV. With a passion for orthopedics, Dre moved to Jackson Hole, WY and worked with sports/orthopedic injuries from 2011-2015 before she relocated to Mammoth.

Dre is fluent in Spanish and has interest in conducting physical therapy sessions in Spanish for those who prefer Spanish speaking. In her free time, Dre enjoys rock climbing, skiing, playing ice hockey, and running.