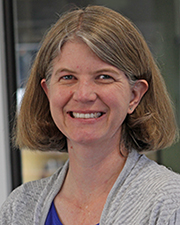 Dr. Clark grew up in Redlands, California and left to move to Santa Barbara to study at Westmont College. After graduation, she remained in Santa Barbara and worked for a non-profit organization, providing supportive services to people diagnosed with severe mental illness. Dr. Clark's experience in community psychology lead to a decision to further her career by returning to school at California Lutheran University to obtain a master’s degree in counseling psychology. Following graduation, she worked toward licensure as a Marriage and Family Therapist (MFT) while working as a program manager, overseeing two psychosocial day programs, which served people with psychiatric diagnoses. Upon completion of licensure as an MFT, Dr. Clark began working at Cottage Hospital in Santa Barbara performing psychiatric assessments in the emergency room, while pursuing a doctorate in psychology from Saybrook University. Following completion of this degree, she worked toward licensure as a clinical psychologist by completing a post-doctoral internship at New Beginnings Counseling Center in Santa Barbara.

Dr. Clark lived in the Santa Barbara area since graduating from Westmont College. She grew up in Southern California and have always spent a lot of time doing outdoor activities. She learned to ski when I was six years old with her family and now enjoys backpacking in the Sierra Nevada.

In her spare time, Dr. Clark spends time with her husband, often exploring the outdoors through hiking and off-road exploration (mostly as a passenger), and work on perfecting her role as “cool aunt” to her nieces and nephews.