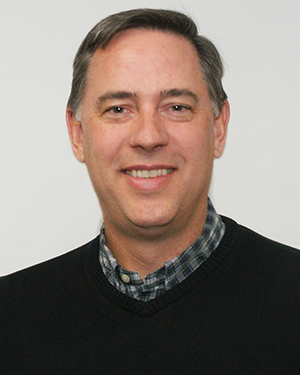 Mark Lind serves as the Chief Information Officer for Mammoth Hospital. His areas of responsibility include overseeing the planning, direction, implementation and effective integration and operation of all communication systems.  In his position of Chief Information Officer, Mark ensures the coordination and provision of optimum levels of Information Technology service integration throughout the organization as well as keeping abreast of new Information Technology developments, trends, best practices, and innovation that have successfully led to improvements in health outcomes.

Mark has lifetime roots in the Eastern Sierra having grown up in Bishop.  He started his career with Mammoth Hospital in 2003 as a support tech, coming to Mammoth after five years as the Production Manager for the Instrumented Impact Division of Instron Corporation in Canton Massachusetts.  Previous to that he was the Production Manager for the Dynatup Product line at General Research in Santa Barbara.  Mark was made supervisor of Mammoth Hospital’s I.T. group in 2004 and in late 2005 was promoted to I.T. Manager.  He assumed the role as I.T. Director in 2007 until being appointed the position of Chief Information Officer in 2016.