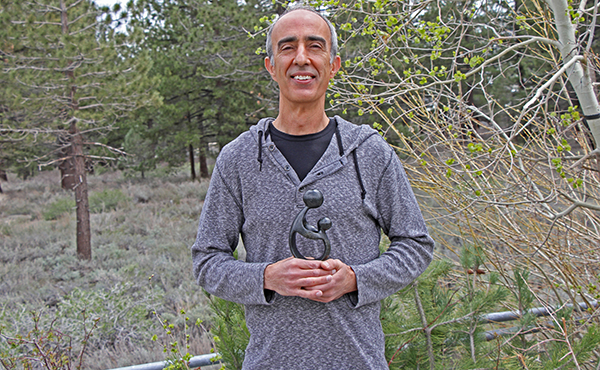 Mammoth Hospital nurses were honored recently with The DAISY Award for Extraordinary Nurses. The award is part of the DAISY Foundation’s program to recognize the amazing efforts nurses perform every day at a luncheon held recently at Mammoth Hospital.

Out of 10 nurses nominated in various specialties throughout Mammoth Hospital, the overall winner was Omar Musa, a nurse in the Post Anesthesia Care Unit. Omar started his career at Mammoth Hospital 17 years ago and has been a nurse for 27 years.

DAISY is an acronym for Diseases Attacking the Immune System. The not-for-profit DAISY Foundation was established by family members in memory of J. Patrick Barnes. Patrick died at the age of 33 in 1999 from complications of Idiopathic Thrombocytopenic Purpura (ITP), a little known but not uncommon auto-immune disease. The care Patrick and his family received from nurses while he was ill inspired this unique means of thanking nurses for making a profound difference in the lives of their patients and their families.

As his co-worker, Terri Eckert has had the good fortune to witness the extraordinary, compassionate, and skillful care he’s given his patients here for 17 years, but it took her being hospitalized and being his patient to write his nomination letter.

“His co-workers would describe Omar as a laid-back nurse,” said Eckert. “Hectic days on the unit seem easier with Omar on the team. He always has a fresh pot of coffee brewing always offering his patients a delicious cup. I’ve seen him on numerous occasions take his patients out to the courtyard for a healthy dose of sunshine, conversation, and a warm cup of tea. Omar has many nursing strengths. He has special talents in wound care, patient education, and IV starts, but his expertise with end of life care is where Omar shines the brightest. He helps his patients and their families feel comfortable and at ease with the dying process. When I was admitted to the hospital this month, it was Omar who was called to come start my difficult IV. He came by every day to see me and to check how my IV was holding out. He also brought me coffee and made me laugh.”

Omar’s interest in nursing began after he served as a medic in the Army’s Special Forces from 1982-1985. During this time he was taught advanced practice skills and learned to think outside the box. Later he challenged the RN exam and has been a nurse ever since.

At a presentation given in front of the nurse’s colleagues, physicians, patients, and visitors, Omar was awarded a certificate commending him for being an extraordinary nurse, as well as a sculpture called A Healer’s Touch, hand-carved by artists of the Shona Tribe in Africa.